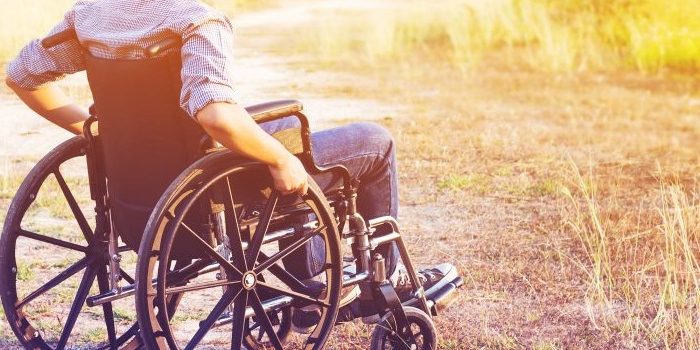 It is the worst nightmare any parent could have, what happened to Kris Boesen. Kris Boesen, of 21 years old, from Bakersfield, California suffered an unfortunate accident that left him with paralysis from the neck down. With usual medical procedures it seemed that any hope for regaining mobility was lost, but an experimental treatment with Stem Cells showed him a hopeful future.

On March 6, Boesen was driving over a wet highway when suddenly he crashed against a tree and then followed over a light post. The accident caused serious damage to Boesen’s spinal cord, and after Boesen arrived the hospital, doctors told him that he was most likely to remain paralyzed from the neck down.

“I could not drink. feed myself, send text messages or practically do anything. Basically, I was existing. I really was not living my life. “

Nevertheless, not all hope was lost, as Boesen and his parents soon learned. They were informed of a new experimental Stem Cell procedure that could restore the use of his hands and arms. Although It was far from certain, they still grasp onto the only hope left.

Major Boesen took the opportunity to have his son undergo surgery and regain a part of his past life.

The new Stem Cell procedure, called AST-OPC1, was still an early-stage clinical trial. Furthermore, there were established criteria that had to be fulfilled in order to undergo the procedure the surgery had to be done within 30 days after the injury after the initial two weeks, and the patient had to be stable enough for the operation. Said essay would help determine whether the treatment was safe and effective and could have enormous ramifications in the future for patients with severe spinal injuries.

“Patients who suffer from these disabilities want, more than anything, to do something for themselves,” said Dr. Charles Liu, director of the Center for Neurosurgery at USC. “They want to be more independent, less dependent. It makes us all appreciate how important it is that we can do these things. ” And fortunately, Boesen qualified for the procedure.

Dr. Liu led a surgical team and performed an operation in early April. With extreme care, they injected 10 million stem cells directly into the youngster’s damaged cervical spinal cord. The operation was a success.

Surprisingly, Boesen began to show signs of improvement two weeks after his surgery.

Now, three months have passed and the Boesen can not only move, but he can also feed himself, write his name, use an electric wheelchair and use a cell phone.

“If I were there and I could thank them, I would just tell them, thank you for returning my life. Thank you for allowing me to relive my life. “

Boesen can thank his loved ones with a hug thanks to his therapy, not to mention all those who made it possible.

Although doctors will continue to monitor the young man every few months from now, he has had several evaluations so far, now there are many hopes in the heart of this young man.