Albuterol a powerful endurance enhancer and fat-burning agent known well by performance athletes. Most people are familiar with albuterol inhalers for asthma, but systemically albuterol is one of the most used performance enhancing drugs in the sports world.

How Does Albuterol Work for Sports Performance?

Albuterol (Salbutamol for non-USA residents) is a bronchodilator (i.e. relaxes/opens up the airways and makes breathing easier) that is primarily used to treat asthma, bronchospasm, and Chronic Obstructive Pulmonary Disease (COPD). By opening up the airway in a fast acting manner, albuterol allows the user to get more air into the lungs. This improves endurance and physical performance.

In both healthy men and women, the same group of researchers found that short-term or chronic administration of 12 mg Albuterol per day increased maximal anaerobic power, regardless of training status.

In a 2005 study examining Albuterol use (16 mg/day) in weeks 2-3 of a 14-week resistance exercise program, the drug lead to greater strength gains and a higher lean body mass compared to placebo.

A 1997 literature review of performance-enhancing drugs dug up the following studies on beta-2 agonists:

“Martineau et al. [1992] examined the effect of 14 and 21 days of treatment with salbutamol 8mg twice daily on strength in 12 healthy men… there was a significant improvement in strength for the hamstring muscle and quadriceps muscle but not for hand grip muscles… the average strength improvement was about 10 to 15%”

“Caruso et al. [1995] examined the effect of albuterol 16 mg/day or placebo ingested for 6 weeks. Participants were placed on a 9-week isokinetic strength training programme for the knee extensors. Most measures of strength showed a greater increase on the drug than the placebo.”

“Bedi [1988] found that aerosol salbutamol 180 mcg improved cycling sprint time following a 1-hour ride in 3 of the 15 individuals tested. Participants had different levels of training, including highly trained cyclists, triathletes, untrained individuals and recreational athletes. The amount of improvement ranged from 4 to 178 seconds over that of the placebo. If the outliers were discounted, the difference between the placebo and the drug was not significant.”

“Signorile et al. [1992] reported that albuterol 180mcg inhaled resulted in an increase in peak power during sprint cycling in nonathletes.”

In a 2000 study involving eight recreational male athletes, short-term use of oral Albuterol use at 12 mg per day “improved performance during intense submaximal exercise.”

And in another 2000 study where non-asthmatic men took 4 mg of oral Albuterol prior to exercising, their mean endurance time and peak torque greatly improved.

Albuterol has actually been shown to help with muscle development. A study involving 65 patients with facioscapulohumeral muscular dystrophy saw muscle volume increases in those who took 16 mg of Albuterol orally per day for 26 weeks.

Iron Magazine puts forth a possible explanation for why these observations have taken place:

How Does Albuterol Work for Weight Loss?

“[drugs] that mimic or interfere with the functioning of the sympathetic nervous system by affecting the release or action of norepinephrine and epinephrine. These hormones, which are also known as noradrenaline and adrenaline, are secreted by the adrenal gland, hence their association with the term adrenergic.

Albuterol is a central nervous system (CNS) stimulant which helps it to increase the persons metabolism and leads to weight loss. For the most in depth analysis of how Albuterol works for weight loss and sports performance then check out Jay Campbell’s post here.

3-6 mg taken once per day for two weeks straight (ideally in the early morning before fasted cardio), followed by a two-week “off” period.

This dosage stays the same whenever you want to shed body fat, but it does come with some caveats:

Albuterol’s ability to mobilize stubborn fat tissue is best when used during its short half-life of 4-6 hours, hence why we recommend timing it in the morning before fasted cardio and before eating to maximize absorption (additionally, a high-fat diet inflames the airway of asthma patients)

Albuterol also functions best in a low insulin environment, so ideally you want to be 15% body fat or lower when you start using it (fat people have impaired “beta(2)-adrenoceptor-mediated increases in thermogenesis” and “local lipolysis“)

The “two week on, two week off” cycle is recommended because the body quickly develops a tolerance to Albuterol (i.e. Albuterol down regulates the beta-2 receptors and thus its effectiveness decreases over time)

The oral formulation was most extensively studied in humans for its benefits on metabolic rate and exercise performance.

You’ll notice on most forums that many people use Albuterol at 2-4 mg per dose for a total of 3-4 doses per day (6-16 mg total per day) — this is FAR beyond what I have ever used, so it’s up to you to experiment and see what works best for you.

Finally… there’s a notable thermogenic effect when Albuterol is combined with coffee and/or nicotine,

Feel free to experiment with combining to see what gives you the desired effects without the side effects I’m about to mention.

If you follow my dosing and cycling recommendations, the side effects of Albuterol are both mild and rare.

Some of the most commonly reported Albuterol side effects include:

Watch out for undesirable drug-drug interactions with Albuterol, such as diuretics, beta-blockers, tricyclic antidepressants, monoamine oxidase inhibitors, and other short-acting bronchodilators.

Two precautions you may want to take are the following, as suggested by other performance enhancement enthusiasts:

One of the largest Reddit threads on Albuterol provides a good balance of benefits and risks associated with using the agent for bodybuilding purposes, so I’ll summarize the main takeaways below:

Albuterol is considered a banned substance by the World Anti-Doping Association so semi-professional or professional athletes should take note. 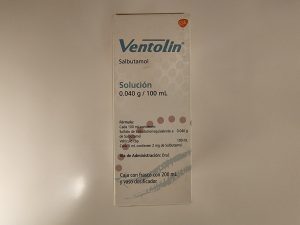