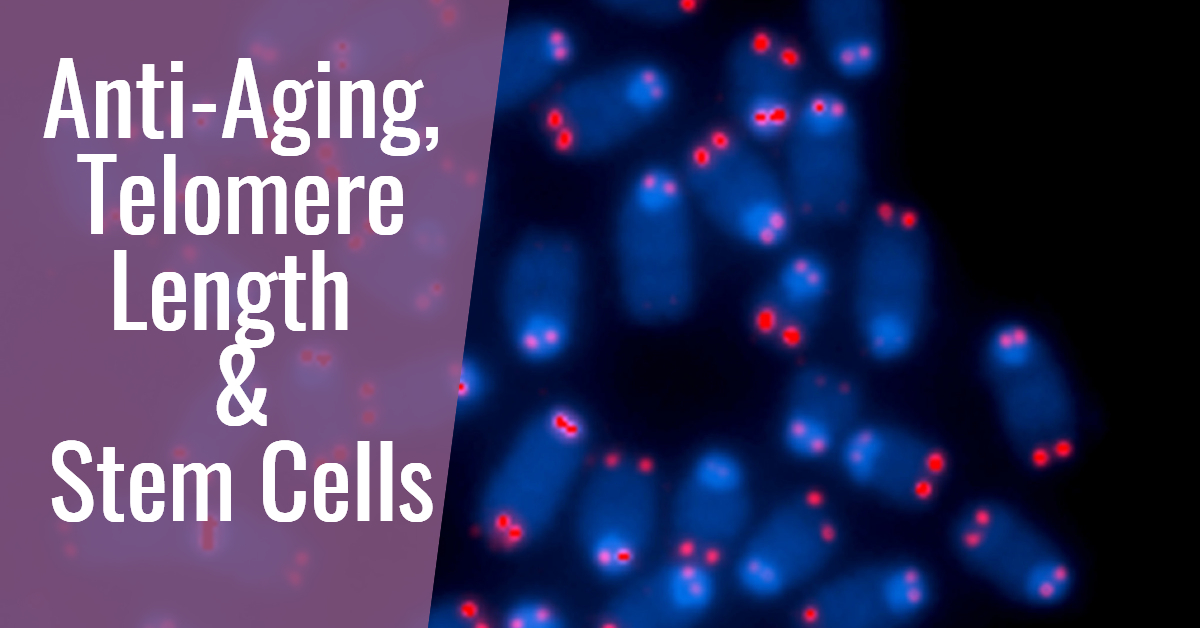 Anti-Aging, Telomere Length and Stem Cells. These are all connected. The quest to stop aging continues to this day and telomere’s are thought to play an important role in the aging process.

Back in 2005 she was the oldest women alive. Then she died in 2005 at the age of 115. Doctors and scientists were of course curious as to what allowed her to live so long. So they conducted an autopsy and found that all of the white blood cells left in her body were derived from just 2 stem cells. This was pretty strong evidence that all of her stem cells had run out by the time she died. The telomeres of her white blood cells were extremely short and worn down. Telomeres are the tip of the DNA. Think of the dna strand like a ladder. Every time a cell replicates that ladder loses a rung and this rung is part of the telomere. Eventually you run out of rungs and the cell can’t replicate so it dies. It would appear that there is a link between telomere length and stem cells.

Is there a limit to stem cell divisions and does that imply that there is a limit to human life?

A 79 year old man with Pulmonary Fibrosis had 3 mesenchymal stem cell intravenous treatments. A while after the stem cell IV treatments he had his telomere length tested. His telomere lengths of 6 different cells had increased; lymphocytes, granulocytes, naive t cells, memory t cells, b cells and nk cells. People with idiopathic pulmonary fibrosis have shorter than normal telomeres. Once the telomeres get too short the cell cannot divide and deteriorates. So this 79 year old man may have extended his life span as a side benefit of this stem cell IV treatment for pulmonary fibrosis. Here is the data from his case: 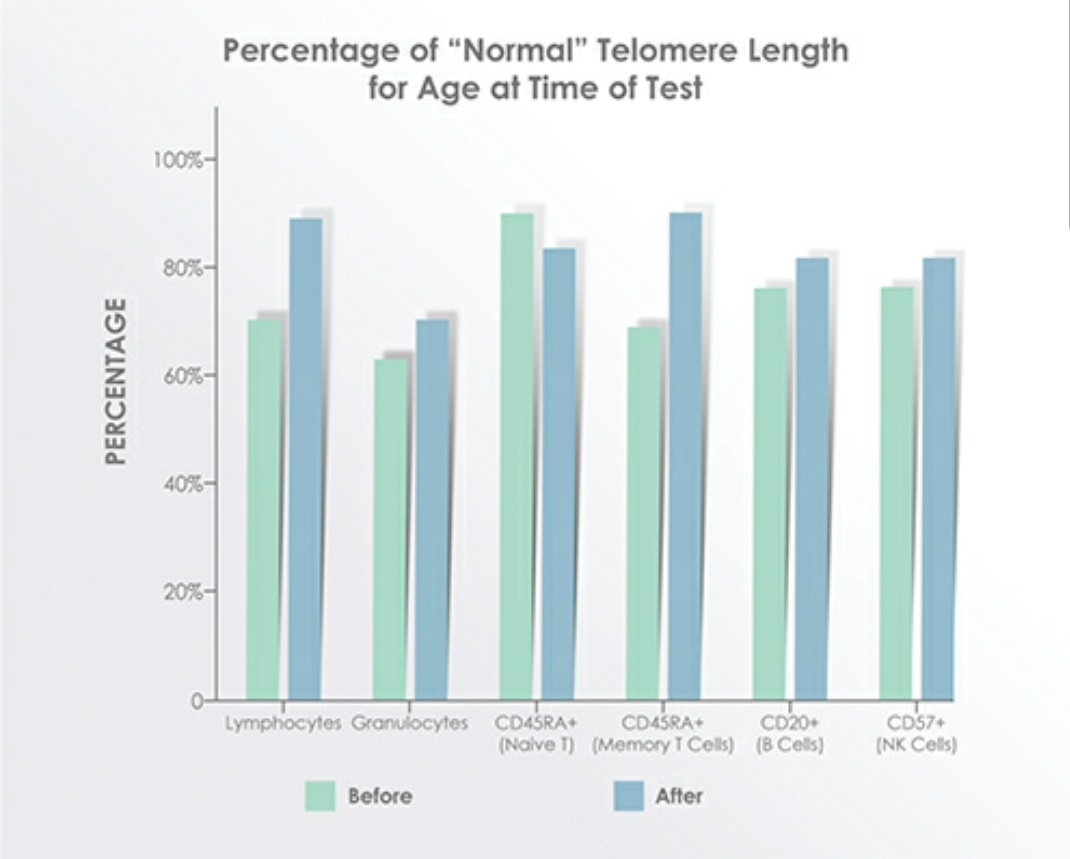 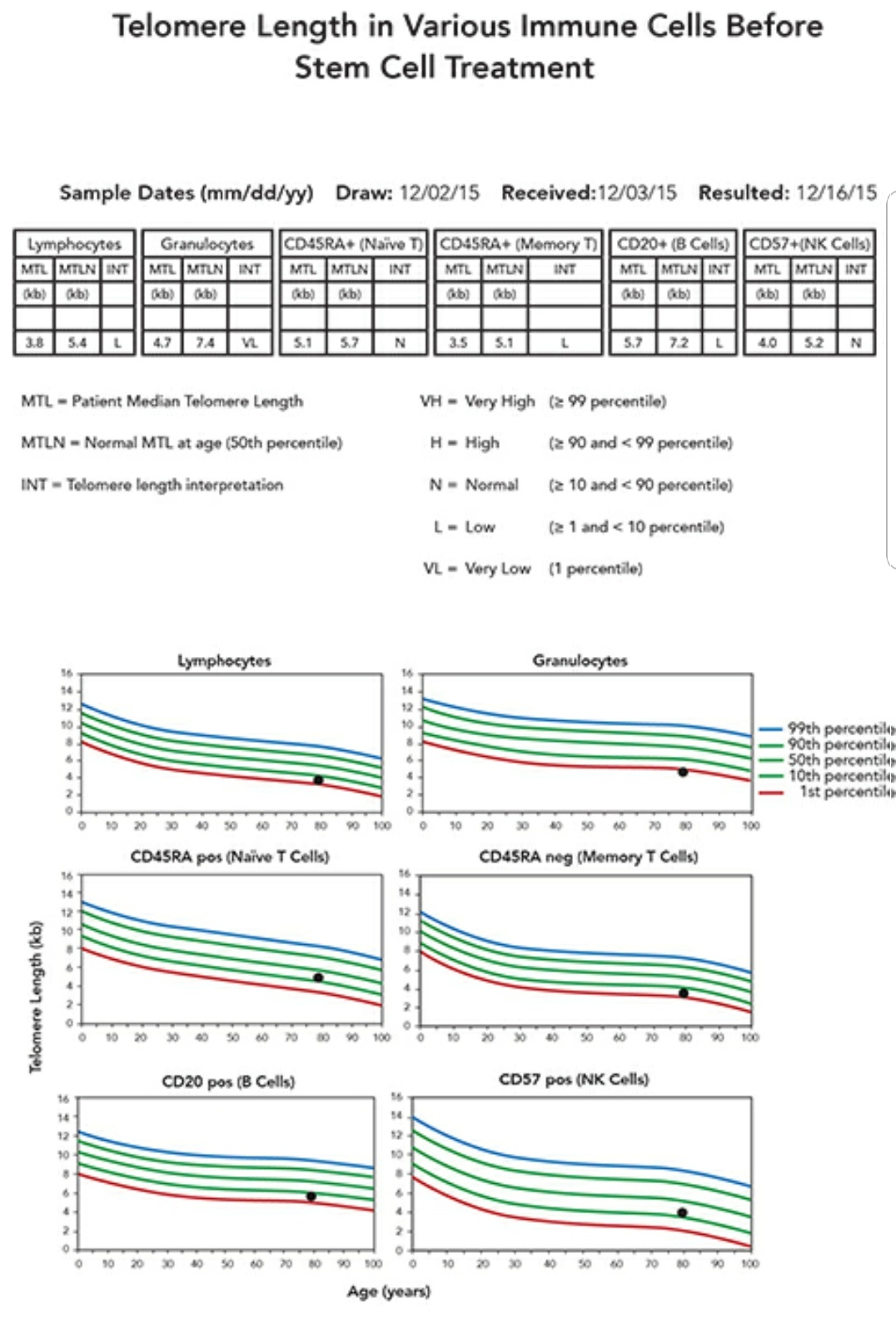 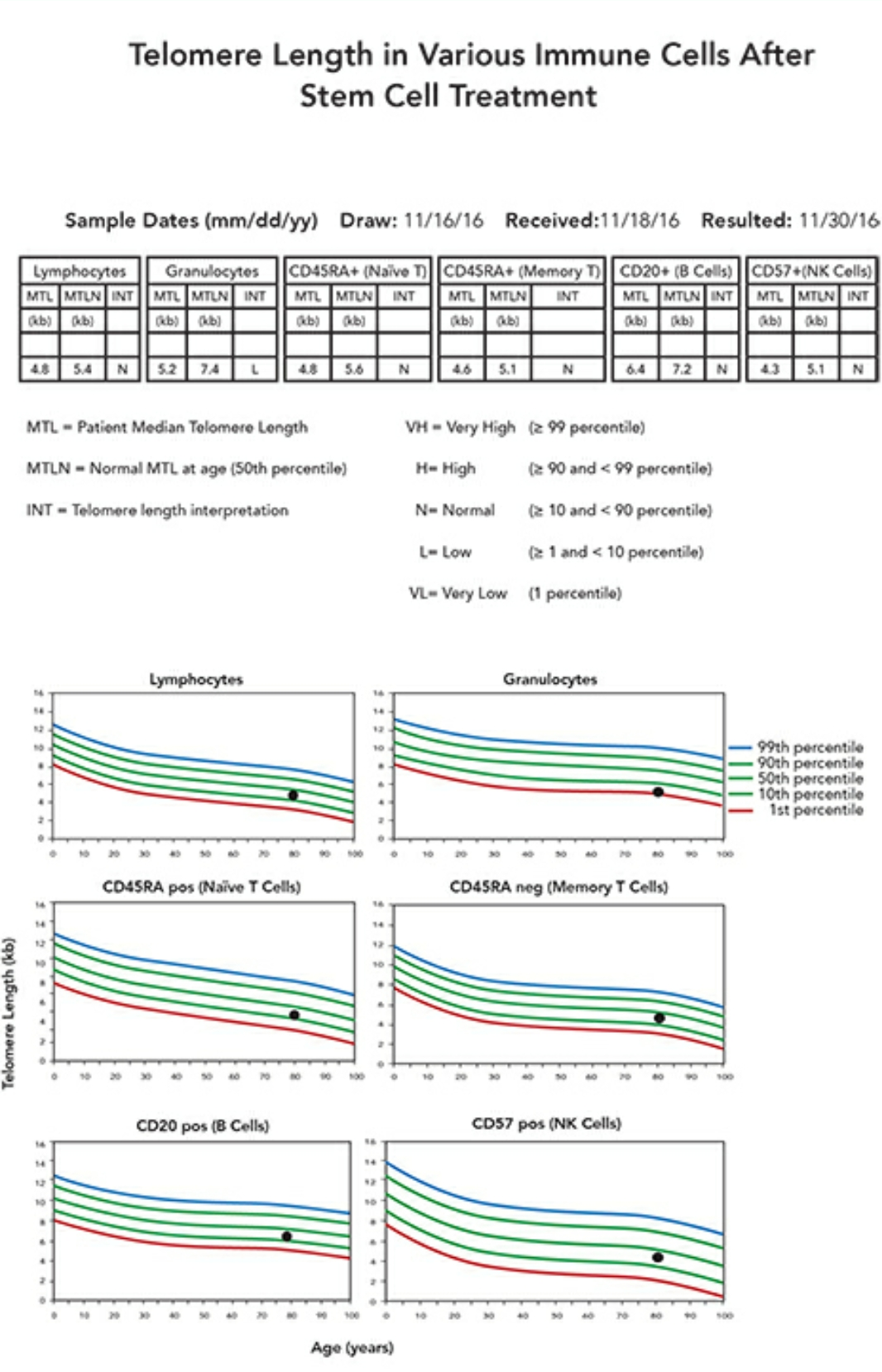 The Connection of Anti-Aging, Telomere Length and Stem Cells

Scientists have been searching for a way to extend telomeres as they think it is the key to extending life. As you have seen from the two examples above, the key to extending telomere length may have been found. In the case of the man with pulmonary fibrosis the lab was able to determine 6 cells that had telomere length extension. Research is now being conducted to see if other cells receive the same benefit of telomere extension. There are around 200 types of cells in the human body so a lot of research is still needed.

As for stem cells and life extension the case of Hendrikje points out that adding more stem cells to your body via a stem cell IV may be the way to go. All of her white blood cells were being produced by just 2 stem cells in her bone marrow. She may have made it to 120 if she had received a stem cell IV.

Now at Dreambody Clinic we know that it is one thing to over 100 and another to live over 100 and look your age. Our goal is to help you look and feel much younger while still living much longer. Our approach has been focused on hormone replacement therapy with human growth hormone (HGH). We now offer Stem Cell IV Treatments to extend telomere length. On top of that we offer a facial treatment done with 10 million stem cells with Platelet Rich Plasma.

The 7 Most Common Questions about Stem Cell Therapy
November 1, 2021

Stem Cell Anti-Aging: How it works and what to Expect
September 15, 2021
Products
Go to Top